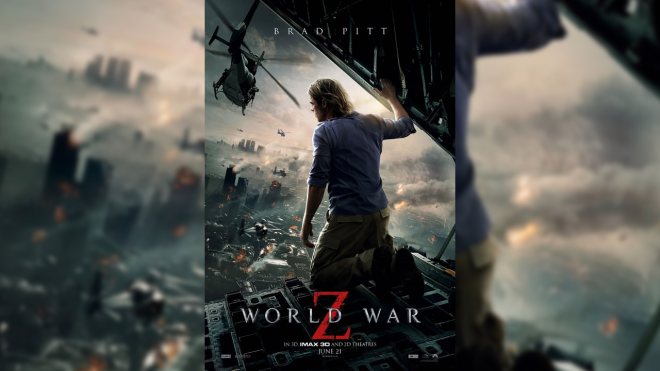 World War Z is a 2013 action horror film directed by Marc Foster, written by Matthew Michael Carnahan, Drew Goddard, and Damon Lindelof based on the 2006 novel of the same name by Max Brooks. It stars Brad Pitt as Gerry Lane, a retired United Nations investigator who must travel the world to find a way to stop the worldwide zombie epidemic. Before you discard this film because you’re not into zombies, hear me out. I am not into the whole zombie hype that has taken the world by storm these past couple of decades. Usually anything with zombies in it, I ignore. Heck, even when this came out in theatres back in 2013 I looked the other way. But I was wrong to do that, at least with this particular film.