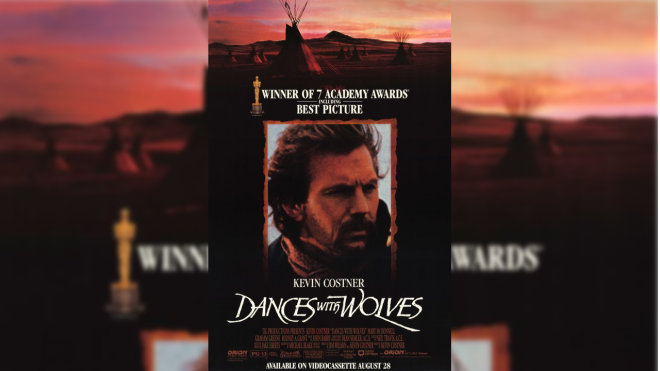 Dances with Wolves is a 1990 adventure, drama and western film directed by Kevin Costner and written by Michael Blake based off of his novel with the same title. Don’t let the genre, western, make you look away in case you don’t enjoy them. I personally am not interested in the western times, much less films about it. But in Dances with Wolves, it is not centered on the modern day life of the people of that time. It is centered on the way of life of the forgotten Sioux tribe. If you are looking for entertainment, you will not find it in this film. This film teaches many lessons, and is about the bonding of people and the respect towards nature. A simple enough idea to have but ruined by another idea. The idea that one person decides that he/she is superior to others.